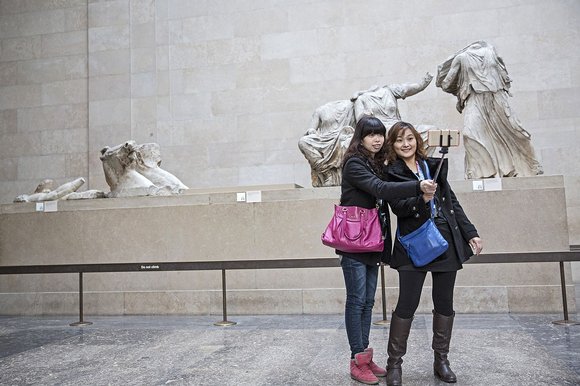 THE British Museum, the country’s top attraction with nearly 7m visitors a year, is considering a charge for overseas tourists.

The museum, which apart from a brief period in the 1970s has never had an entry fee since it opened in 1759, has been forced to consider the move because of its parlous financial state.

Visitor numbers have risen by 2m in 10 years, while government annual funding of around £40m has fallen slightly over the same period. Overseas tourists make up two-thirds of visitors.

While the museum is not planning to charge individuals — the proposed levy would instead be for commercial tour operators arriving with groups — the symbolic nature of such a step will be watched closely by other museums and galleries.

A senior museum source insisted that the planned levy would not conflict with its policy of free admission because the burden would be placed on external businesses. Tour operators might, however, pass on the extra costs to clients.

No decision on the amount of the proposed charge has yet been made. The Metropolitan Museum of Art in New York charges an entrance fee of $25 (£16), the Louvre in Paris costs €15 (£11) and the Guggenheim in Bilbao about €10 (£7).

Tour operators voiced opposition. “The ones I’ve spoken to are not impressed,” said Deirdre Wells, the chief executive of UKinbound, a trade body that represents tour operators including Kuoni, Jac Travel, Miki Travel and Globus.

“They might simply decide to give a miss to the British Museum in future. And you have to remember that while entry is free, tourists spend hugely in the museum shop.”

The plan to explore a charge comes as Neil MacGregor, the museum’s director and a consistent advocate of free entry, prepares to depart. His successor, the German Hartwig Fischer, who arrives next spring, is from a museum group, the Dresden State Art Collections, that charges €12 (£8.50) for admission.

In 2008 MacGregor turned down the chance to run the Met museum in New York because it charged for entry and was therefore “not a public institution”.

No other major museum or gallery in Britain is considering a charge on tour operators, despite all being affected by funding cuts and being braced for more in George Osborne’s forthcoming spending review.

The British Museum argues it has suffered more than other institutions because, unlike the Natural History, Science and Imperial War museums, it did not receive extra money in 2001 when free museum entry was introduced under Labour.

In recent weeks, the directors of the top museums and galleries have written to the chancellor to express concern after the Treasury asked them to prepare in principle for cuts over the next three years of between 25% and 40%.

Museums are unable to introduce general entry charges because the government has pledged to keep free admission, but the message is that any more large cuts would be highly damaging.

Some museums are examining a London hotel “bedroom tax” — an extra charge on accommodation that would be passed to the Treasury before being handed to museums and galleries, but Wells said: “This would also be a bad idea. The costs of London hotels are already high.”