Buying a London Property? Here’s Where to Put Your Money

If you have the time and the money, investing in London property is probably one of the smartest things that you can do. However, if you want to really make some money, invest in property in an area that’s dubbed as the next “up and coming area”. This way, you can buy when it’s cheap, sell off when the demand is high and you can make a profit and move on to the next one!

When you’re looking for an area to invest money in, then you need to avoid areas that are already massively popular, such as Sheen in Richmond. You just have to take a look at estate agents like Featherstone Leigh to see that places like Sheen, Teddington and West Kensington are not the types of places that are ideal if you’re looking to invest property.

The South East London postcodes are where increasingly more people are looking to buy property in 2016, particularly for first time property buyers. Boosting a surge of activity, savvy investors have begun to take notice of this and focus in on these South East postcodes, which offer good value for money and are undergoing redevelopment.

While there has been some price hikes, the property prices in this area are still significantly lower than the North or South West of London. Investment into transport links such as the East London over ground line, the Cross rail and the Bakerloo line that connects Forest Hill, Woolwich and suburban Kent through Catford to the capital city respectively.

Parts of South East London are leafy, but it also includes some zone 2 districts that are close to the West End, City and Canary Wharf. 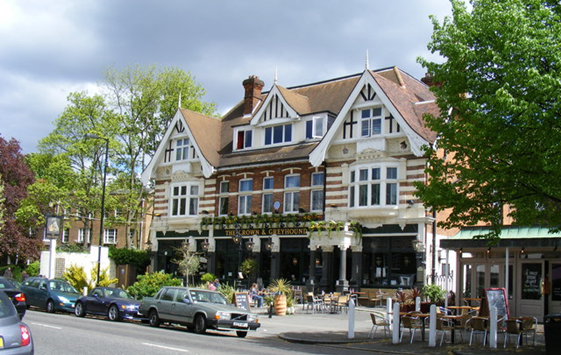 With a range of different architecture, from Victorian, Edwardian, Tudor and more, Dulwich has a whole host of family homes. Dulwich village is pretty and green, with a great sense of community, boosting a number and range of independent shops, boutiques and cafe’s as well as a grade II listed pub,  it’s easy to understand why Londoners would be drawn to live here. There are also a number of high achieving schools in the area, including Dulwich College, Prep, and Dulwich Village Infant’s School, making this the ideal place for families with children.

This area has gone full circle from a fashionable Victorian area to an area associated with crime and deprivation and back to a trendy area again. Tipped to go the same way as Hoxton, and start gaining popularity after the art scene started moving in. Camberwell’s College of Arts and the nearby South London Gallery encouraged students and artists, to spread the south east wealth here.

Notable by its grand villas, terraces and semi-detached houses, Brockley was one of London’s more exclusive suburban neighbourhoods back in the 1800’s. Mostly Victorian, Brockley was under the bomber flight path to the London docks, so it was bombed a lot during World War II making a lot of the suburban’s part of a conservation area.

Brockley however, is now making a name for itself as a charming place to live proving to be a big winner with the south London arts scene and creative types, boosting and abundance of great restaurants, theatre, cafes, good schools and community events like the Midsummer Fayre and Brockley Max, all this makes an idyllic area to raise a family.