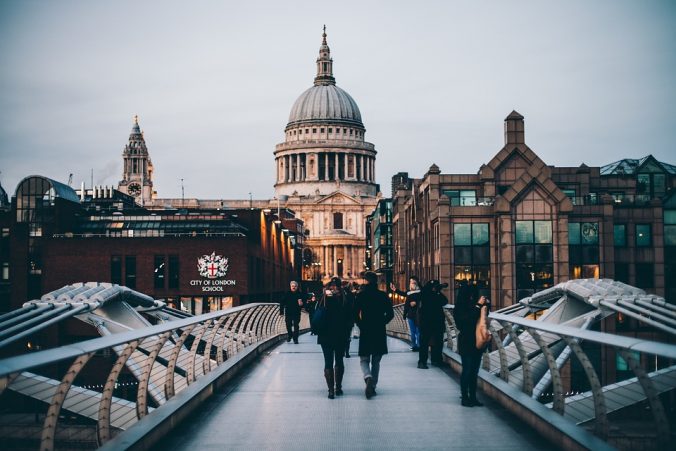 5 Easy Escapes to Explore from London

So I’ve been living in London for more than just a little while now, but even with all the effort I put into exploring what is now my local environment I probably won’t ever be able to say I’ve covered every single inch. There’s undeniably more than a lot to do here, but often one might feel like what are mostly the weekends over which they have to explore the city limit them in a way because that’s pretty much when everybody goes out to play. Some of the most popular places can feel crowded, in which case you might be interested in exploring some other destinations which are easy to escape to from London, on continental Europe.

If you’re perhaps looking to ratify any romantic feelings which may be engulfing you, what better place to do so than Venice? This iconic destination which carries more than its fair share of European history is easy to get to by land so do your bit to save the planet and ditch the iron bird in the sky. Besides, if you plan the travel route accordingly then you can catch some great views of other parts of Europe, like rural France.

If you’re looking for a party like nothing London can really come close to offering at some of the best prices you can find anywhere, head on over to Prague. It has long since become easy to get to what is an increasingly popular destination in Prague, but the fun can start long before you actually make it to an adult entertainment venue if you roll in true style and take a VIP Limousine to get in the mood. This way you won’t waste a single moment of the good times awaiting you.

If you’re looking for something that is perhaps completely different from London to escape to just as easily as you could get to any local place, Krakow should be in your sights. It might very well just be a legend, but you can be sure something special awaits you in a city that was said to have been founded following the defeating of a dragon. A feeling of being right in the thick of a mythical environment awaits you, lingering all across the city’s squares and streets.

Wawel Castle ranks amongst the top experiences synonymous with this Polish city, but there is so much more to see and do.

If you’re not going to be hitting Venice then Rome offers up a more than suitable alternative to enjoy as an easy Italian escape from London. Trade-in the waterways of Venice with the alluring Eternal City, perhaps rolling into town on an overnight sleeper coach that will have you waking up to a classic Italian landscape as you arrive in the morning. For some sites which will help your mind capture the uniqueness of this part of the world, make sure not to miss St Peter’s Dome.

Obviously the distance makes it a whole different story, but going to Berlin from London is often as easy as just deciding you want to go, and within a couple of hours you can be in the dynamic capital of Germany, which is seemingly not quite done yet with its rapid regeneration and re-birth.

To be quite honest though, the fact that Berlin is pretty much the economic hub of the whole of Western Europe makes it quite expensive, so apart from the more “modern” focus on industry and the growingly vibrant urban culture, you’d probably want to use it as nothing more than a passing base to visit other nearby destinations. Of course we’re talking here from the point of view of wanting to experience something different from your everyday London experiences.

In London, boutique hotels are facing off against AirBnb